The Poll Dorset is the most common downs breed found in Australia, originally bred from a Dorset Horn sheep many, many years ago. There are also other less common ‘old fashioned’ downs breeds including the Southdown, Dorset Down, Hampshire Down, and Dorset Horn.

Aumore Wool uses downs type wool for its woolen quilts and under blankets, the majority of which comes from a breed of sheep called the Poll Dorset.

Downs type wool can come from any of the downs breeds, the other most common types being the White Suffolk and the Suffolk, the latter of which is easily identifiable by its black face and legs.

The Poll Dorset is the most common downs breed found in Australia, originally bred from a Dorset Horn sheep many, many years ago. There are also other less common ‘old fashioned’ downs breeds including the Southdown, Dorset Down, Hampshire Down, and Dorset Horn.

When a downs wool sheep is shorn, all of the wool is used except for the crutched areas (thrown away because of fecal dags), and the skirting located around the knees and belly. The rest of the wool is shorn off in one large piece. The practice of ‘mulesing’ is often unnecessary because the wool is quite short, and so the chance of blowfly infestations is less than with other sheep breeds.

Each Poll Dorset downs sheep yields 2.0kg to 2.5kg of wool when shorn, which is not a lot when compared to a Merino sheep that produces 6.0kg to 8.0kg of wool. This is the first reason this type of wool is so rare – there is an extremely limited supply compared with Merino.

Downs breeds are shorn once a year, and wool can be taken from lambs, ewes, and rams, although some rams’ wool needs to be discarded in instances when it has just released a pheromone causing the wool to smell strongly. The Downs wool itself is approximately 10cm in length, and when compared to other wools it’s very springy. This is the reason it is perfect for wool quilts, as it won’t become compressed when laid upon.

Poll Dorset sheep usually live between 6 and 9 years, but can live up to the age of 12-years old. These sheep have white bodies and faces, and are ‘poll’, which means the rams rarely have horns. A single ram can sell upwards of $20,000AUD, as their DNA is so highly prized. These rams are used by stud farms to produce many high quality offspring – both in terms of wool and meat.

Farmers are often well acquainted with the history of each and every sheep in their flock – who its parents were, how old it is, whether it’s a purebred etc. A farmer can look at a sheep and tell you the level of quality of its wool simply by scanning their eyes over its body. The animals are rigorously DNA tested to make sure each farmer is aware of which sheep are purebreds, and which are not 100% Poll Dorset.

These sheep can weigh up to 100kg, as they carry a lot of muscle and fat, with each sheep usually eating around 4% of their body weight each day. The sheep graze predominantly on ryegrass and clover pasture, of which is cut for hay in the summer. In the summer time the sheep can also eat sewn crops including lucerne, plantain, rape, and turnips. Did you know sheep only have teeth on the bottom of their mouths?

Natural materials can get caught in downs wool, including grass seed (predominantly barley and brome grass) and thistles. Most farmers do their best to minimise these pollutants, and to keep other items such as string (from hay bales) and wire from fences out of the wool. The sheep may have to be drenched for parasites including tapeworm, ringworm, and liver fluke, but it depends on their location in relation to other properties.

In Australia, sheep often have to compete for grass with local kangaroo species, while lambs need to be careful of Australia’s massive fox population. Foxes are hunted and trapped to protect the sheep, and sometimes an alpaca is used to protect the sheep herd, as alpacas are quite aggressive to these intruders. Sheep dogs like kelpies are often used to help round up the flocks of sheep.

The majority of sheep grown in Australia can spend their entire lives outdoors, as the weather doesn’t get nearly as cold as in England where they are often kept in sheds during blizzards and heavy snows. Downs breeds are quite hardy to cold temperatures.

The Poll Dorset downs sheep and its wool produces the highest quality wool quilts in the world. Globally, these sheep are of limited availability and so their short, springy wool is in extremely high demand. 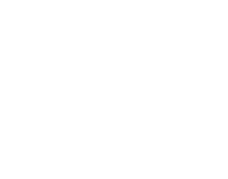 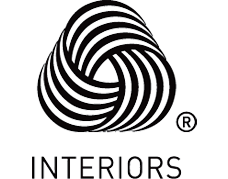 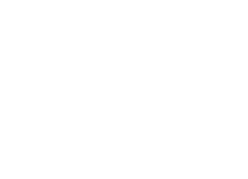